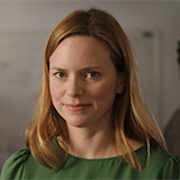 Our lab studies excitable using biophysical tools such as electrophysiology, photometry and fluorometry, as well as diverse biochemical methods. We currently have two research directions, uncovering the earliest events of fertilization, and studying how ion channels are regulated.

Fertilization: Fertilization of an egg by more than one sperm, a condition known as polyspermy, presents one of the earliest barriers to successful reproduction. Polyspermy leads to gross chromosomal abnormalities and is lethal to the developing embryos. Due to these catastrophic consequences, eggs employ multiple processes that protect the protect the nascent embryo. The two most widely studied are called the fast and slow blocks to polyspermy. As their names imply, these blocks occur at different times to fertilization. In the slow block to polyspermy, eggs release material into the extracellular space, and within minutes of its release, this material transforms the egg from a gamete ready for sperm entry, to a structure unable to permit fertilization. We seek to identify the molecular mechanisms that enable the released material to facilitate this transformation. The slow block is used by eggs from nearly all sexually reproducing animals. By contrast, the fast block to polyspermy is mainly used by eggs from external fertilizers. In the fast block, fertilization activates a depolarization of the egg. By currently unknown mechanisms, sperm can bind to, but will not enter, a depolarized egg. Although fertilization-signaled depolarizations have been recorded for many years, we are only beginning to uncover the signaling pathways that activate the fast block. We have identified the first molecular identity of a channel that mediates the fast block, and now seek to uncover the pathway that links sperm entry to channel activation.

Ion channel regulation: The Ca2+-activated Cl- channel, TMEM16A plays an important role in human health. TMEM16A channels play important physiologic roles in diverse tissues including excitability of the insulin-producing pancreatic β cells and excretion by the salivary gland. Overexpression of TMEM16A also plays an important role in the development of several diseases. For example, 80% of craniofacial squamous cell carcinomas are marked by TMEM16A overexpression, and TMEM16a inhibition slows the progression of this cancer. TMEM16A channel expression is increased in airway smooth muscle and secretory cells of asthmatic patients, and blocking its currents attenuates the major symptoms of the disease by restoring cholinergic responsiveness and reducing mucus secretion. Recently, TMEM16A has been proposed to be a novel target for cystic fibrosis treatments. Despite this robust body of evidence documenting a critical role for TMEM16A in human health and disease, little is known about how this channel is regulated in vivo; it is imperative to understand how this channel is regulated in order to exploit this regulation therapeutically. We are employing electrophysiology to uncover how TMEM16A channels are regulated by diverse cellular signals.

Department of Physiology and Biophysics, University of Washington