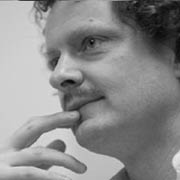 Since the discovery of the nucleosome in the early 1970's, scientists have sought to correlate chromatin structure and dynamics with biological function. More recently, we have learned that nucleosomes and chromatin play a critical role in the regulation of transcription, replication, recombination, and repair (Zlatanova and Leuba, 2004);. Our laboratory uses an interdisciplinary approach combining the disciplines of molecular biology, biochemistry, engineering, and physics to try to understand at the single nucleosome and single chromatin fiber level how chromatin structure and dynamics regulate biological processes that use DNA as a template. To this end, we are applying several single-molecule approaches such as atomic force microscopy (AFM);, magnetic tweezers, optical tweezers and single-pair fluorescence resonance energy transfer (spFRET); to native or reconstituted chromatin fibers of different protein compositions with the latter three methods using homebuilt instrumentation. Single-molecule techniques provide the sensitivity to detect and to elucidate small, yet physiologically relevant, changes in chromatin structure and dynamics. Recent examples of what we have been able to discover include the following:

Our future goals are to build combination single-molecule instruments to image and manipulate intramolecular nanometer movements in submillisecond real-time with piconewton force sensitivity (e.g., we want to observe directly what happens to the histones in a nucleosome in the path of a transcribing polymerase);. We want to observe what changes in superhelicity occur upon nucleosome formation, nucleosome by nucleosome. We hope to resolve whether the positive supercoils generated by a transcribing polymerase are sufficient to displace histone octamers. In addition to chromatin, we are studying the mechanism of action of individual helicases unwinding DNA. We are also working on the capability to observe in real time single nucleosome dynamics in living cells.